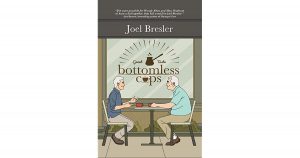 As senior citizens go, Teddy Greenwald might be described as a former class clown with life experience. Ray Starck is a only slightly more serious – sort of like the one kid in a mischievous group who somehow never gets caught. Their friendship has endured through more than a dozen Presidents, marriages, careers, innumerable bottomless cups of coffee and, not least, one another.
With so much shared history, the pair carries with them a vast treasure trove of memories. Some are great fun to dust off and reminisce about every once in awhile. A few of those memories, though, are secretly happier kept well below the surface.
When an old school friend decides to make a movie based on their lives, however, Ray and, especially Teddy, are forced to look back on themselves in vivid Technicolor. They find that facing your own life – past, present, and diminishing future – in one sitting can be considerably more challenging than it appears on the silver screen.
In the spirit of A Man Called Ove, Joel Bresler’s charmingly funny novel is a series of journeys between present and past, with characters who are amusing yet recognizable. They still have a taste for adventure, as long as it doesn’t require too much bending.

Author Joel Bresler was born in Cleveland, Ohio and educated at Skidmore College. From his first published work, Letters to be Read in a Heavily British Accent to his most recent, Bottomless Cups, he has established himself as a humor writer with a unique voice. Bresler delivers literary silliness in the tradition of such heavyweights as P.G. Wodehouse, Evelyn Waugh and Douglas Adams. He can lately be found deep in the desert Southwest, dodging snakes, cactus spines and “dry” heat.