You are here: Home / Memoir / CARLTON – The Final Say 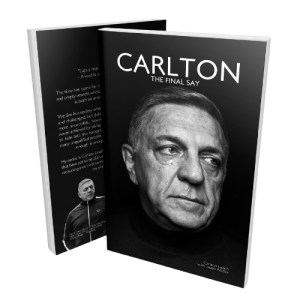 About CARLTON – The Final Say

The final autobiography from the subject of hit movie Rise of the Footsoldier. Offering so much more than just violence and crime, this book also delves into intimate details of Carlton’s life, from his east London up-bringing including his 1960s and 70s schooling, the highs experienced over decades of partying in Ibiza, to the immense pain of watching his father fade and pass away, plus so much more in between. Here, Carlton recalls the most extreme moments in his life that have yet to be discussed, from the most joyous to the excruciating. This is a rare opportunity to hear, not just from the man himself, but also from those closest to him; Carlton’s family and inner-circle.

For Carlton, it’s time to set rumours straight, leave his legacy and for him to have the final say.

Going a step further than the written word, this book also includes over 35 never before published photographs!

Carlton’s first best-selling autobiography, ‘Muscle’ was originally published in 2002 & after turning heads, was made into an award-winning feature film called ‘Rise of the Footsoldier’ in 2007. Rise of the Footsoldier Part 2 was later made & released with Carlton’s full involvement, but as the films became a fictional franchise after the 2nd instalment, Carlton ceased all involvement with the ROTF franchise & publicly revoked his endorsement.

In 2021, Carlton decided to bring his life story up to date & set a few records straight while he was at it! So his last ever autobiography, ‘CARLTON – The Final Say’ was launched & became a best-seller in just 24 hours! Carlton wanted readers of his final book to hear from his sons & daughters about how his life choices affected their lives, which he says was a difficult process to go through.