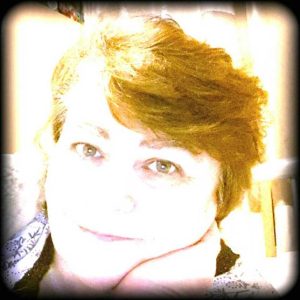 Tell us about yourself and how many books you have written.
During the day Carol runs an entertainment agency A.R.C. Entertainments and can be found at her desk facilitating bookings for a range of top class acts on her books.

She brings a wealth of experience to her writing which includes Hypnotherapy, having trained to Fellowship level with Dr Peter L Goodwin founder of the Institute of Hypnosis & Parapsychology in the ‘80s. She also formed a research group with her Mother and sister called ‘Psychic Research & Investigation into Sensitive Mediums’, there’s a lot more to Carol than meets the eye!

Carol’s pioneering spirit has taken her on many journeys: a founding member of Stockton Music & Arts Collective & the Stockton Fringe Festival in the early 90s and later, sole organiser of the very first BBC Music Live event in Durham, where even the weather created its own challenges with rain, wind, hail, snow, thunder, lightning all attempting to cancel the event before its due time, but even the weather couldn’t stop Carol for once the sunshine came out, she and her entertainers, her folkies, all came back out to play; you’d best keep an eye on this woman, her talents should not be under-estimated!

Joan put on a happy face is the first of a trilogy so watch this author.

What is the name of your latest book and what inspired it?
I am an entertainment agent by day and one of my puppeteers had been interviewed about the rights and wrongs of his show Punch and Judy. The puppeteer was there to defend his shows but the presenters had their own agenda and were intent on saying the his shows promulgated domestic violence which he denied as the topic covered only 45 seconds of his show. I got to wondering who actually came up with the stories depicted by the puppet show and why? Surely it wasn’t just some Italian marionette performer in Covent Garden who one day decided to tell the tale? It had to have started off somewhere? And how would they feel that their story was being twisted in this way? It was then that Joan, or Dame Joan to be precise, came to life. Joan was the original name for Judy so the history goes.
The puppeteer being interviewed was put on the spot and in the end he said he didn’t understand why the fuss ‘they’re only blocks of wood!’ he said.
‘Only blocks of wood… only blocks of wood!’ In my head, I could hear Joan getting more and more annoyed… She wasn’t just a block of wood. Her story DID matter! She wasn’t advocating violence; she was totally AGAINST violence! She wanted everyone to speak out when the saw wrong-doings! Call ‘JUDY’ she tells the children, if they see Mr Punch doing anything to hurt The Baby. Call Mr Plod she tells them. She is TOTALLY AGAINST any sort of naughtiness!

It was time that Judy aka JOAN, told her story. It was time she spoke out… It was time the truth was heard! And so ‘Joan – Put on a Happy Face’ came to life; in the imaginings of Carol M Mottershead.

This fictional biography of Dame Joan, known to many as Judy, the wife of Mr Punch, historically depicts the life of an immortal family – Joan, Pulcinella and Baby Nicholas; the grand daughter of the famous Nicholas and Perenelle Flamel in the first of this trilogy; I hope you enjoy reading it as much as I enjoyed researching and writing it!

Do you have any unusual writing habits?
I’m a new author so haven’t really got into any writing habits at the moment. Research for my next book is paramount and I love it! It’s part of the joy of writing I found unusual, actually enjoying history!

What authors, or books have influenced you?
I hadn’t thought about influences until I was asked this question. I love various genres. For years Heidi series took up much of my interest, Dr Dolittle, was another of my favourites along with Black Beauty. As I got older I was more into Harry Potter, books on magic, both the parapsychological type and the performance type used by entertainers, but always behind the scenes work rather than performance in front of an audience. So when Joan came into my imaginings I was taken aback! Where on earth did it come from? Why did I feel compelled to write her story? I still don’t know the answer, but I enjoyed to research!

What are you working on now?
I had a second book in the trilogy in mind to begin with, but that has been temporarily set aside as one of the characters in Joan has pushed his story through. Young John, Joan’s adopted son, when I googled his name, he turned out to be a real person, only the history written about him was not in agreement with the character he was in my book Joan. As a result, it’s like he, like Joan, wants the record putting straight about who he was. His name in my book Joan put on a Happy face is John Punch. To many historians he is the first slave in Virginia in the 1600s, but Joan’s son was no slave. He would never leave or run away from his family. He had his reasons and this book is his real (but fictional) story.

What is your best method or website when it comes to promoting your books?
I found marketing my book to be the hardest job of all. Everyone seems to be chasing you for money to help promote your book or edit or even ghost write your book lol! There seems to be someone to do just about anything and everything you want or need and it can cost you a fortune. I rely on Amazon KDP and advice from Bryan Cohen.

What is the best advice you have ever heard?
I came across an author / marketeer called Bryan Cohen who believe ‘bankings over rankings’ and paying out as little as possible for most profit as possible, but it requires patience and playing the long game… but he swears it works! So that’s what I am doing. Advertise anywhere else for free whenever possible so as to spread the word then follow his programme. He’s even written a book about it, but I can’t give it out here so the readers will have to look him up on Amazon. Let’s just say – he makes sense!

What are you reading now?
I’m reading a book by Cliff Richard called ‘The Dreamer’ it’s his biography written by himself not by another writer, and as a life long fan of his, I’m really enjoying reading about his life from his own perspective.

What’s next for you as a writer?
I would love to see my book in a physical bookshop but bookshops seem to be a dying breed as more and more people purchase online. I have got my book into some UK libraries so that’s a good start, but to see it on shelves… well that would be my next achievement!