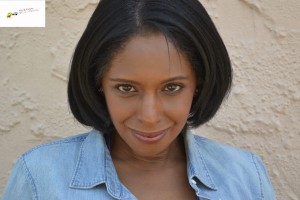 Tell us about yourself and how many books you have written.
I’m an actor and writer living and working in Los Angeles CA. My acting credits include appearances on both the big and small screens, voiceovers including audio books, and of course the stage. While I’ve been writing years, I love the short story format. The Fall Again Series (4 novels) is the first time I’ve ventured away from the short story format

What is the name of your latest book and what inspired it?
Fall Again: Beginnings is the first installment of a four part contemporary romantic series that follows the lives and careers of two working actors over two decades. In Beginnings, readers will meet actors Marc & Lauren and their closest friends in the optimistic New York City of the 1980’s. Unfortunately, Marc and Lauren meet at the wrong time in their lives while they are both building careers and Marc has a serious girlfriend. Decorum dictates that their relationship remain in the boundaries of a platonic friendship, a task that over time will become increasingly difficult. Despite their best efforts, Marc & Lauren fall in love.

In the Fall Again Series I wanted to explore several themes; meeting the right person at the wrong time, the power of a first love, friendships, and the randomness of luck, timing and situations that can shape a life and career.
As a hopeless romantic, I’ve often looked at events in my life and have marveled at how I’ve come to be where I am today. It amazes me that minor events can completely change the course of a life.
For example, as I was about to graduate from Emerson College in Boston MA, I was waiting to hear if I had been hired as an actor for the coming season of The Boston Shakespeare Company. My two auditions had gone extremely well and I was hopeful. I was told I’d hear if I’d made the company by the end of the week. On Friday night I was devastated when I’d heard nothing. However, two days later I was offered a job in a theater company in Chicago and was on a plane to the Midwest the first thing Wednesday morning and in my first rehearsal Thursday morning! On Thursday night I received a call from a friend back in Boston congratulating me; The Boston Shakespeare Company wanted to offer me a contract for the next season…and I was already committed to the theater in Chicago! Had I stayed in Boston, I never would have made the contact who would introduce me to a Los Angeles contact who asked me to come to an audition in Los Angeles. Instead of making a quick two or three day trip (and in the most impulsive move of my life), I moved to LA three weeks later and have never looked back! A few years later I met the man who I would eventually marry. If the company in Boston had contacted me earlier my life would have been very different…not necessarily bad, just different. Frankly I can’t imagine my life without my husband Tony.
A personal goal in writing Fall Again was to create a realistic look at the lives of working actors whose profession is often misunderstood and represented.

Do you have any unusual writing habits?
I am a believe in talking to my characters as I write in order to understand them better and keep their voices true and sincere. I also read dialogue aloud to further listen to my characters.

I always keep a small notebook in my purse and another by my bed. You never know when inspiration will strike.

What authors, or books have influenced you?
Maria McKenzie is an author of historical romance that I discovered recently. She weaves intricate tales full of rich well developed characters. I’ve been a fan since her first novel,The Governor’s Sons.

I have always loved Richard’s Bach’s Illusions: The Adventures of a Reluctant Messiah, in part due to it’s simplicity. It’s a wonderful story that resonated and stayed with me from the first time I read it years ago.

What are you working on now?
As a writer, my next project will be a stand-alone novel entitled A Private Family Matter. This is the story of another working actor who returns home to attend a family funeral. In this novel I’m exploring family dynamics and the humorous elements which always surround these events.

What is your best method or website when it comes to promoting your books?
I’ll let you know when I find it! Promotion is like a Rubik’s cube; while there are several viable solutions one can use to solve the puzzle there are even more ways to fail.

Do you have any advice for new authors?
Keep writing and don’t judge or critique yourself. The important thing is to simply get your ideas onto the page. The good news is that it will get easier!

What is the best advice you have ever heard?
My parents as well as one of my favorite professor’s in college told me to “never second guess myself.” They were right. As a result I’ve always tried to trust my instincts.

What are you reading now?
Rita Moreno’s autobiography; Rita Moreno: A Memoir by Rita Moreno.

What’s next for you as a writer?
I’m currently getting the second book of the Fall Again Series: Lost Boy ready for publication. I’m hoping it will be available in early October of 2015.

What is your favorite book of all time?
Daphne Du Maurier’s Rebecca. It’s hauntingly romantic!