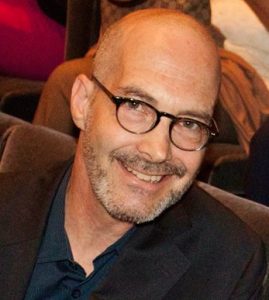 Tell us about yourself and how many books you have written.
LADIES OF THE CANYON, is my first novel. I write, create and produce children’s television for Disney, Warner Bros., Universal, NBC, Amazon, BBC, Netflix and Apple. The PBS series, Molly of Denali, for which I was Story Editor received a Peabody award. I have also been a film executive for Steven Spielberg at Amblin Entertainment as well as several major Hollywood studios. I began my career in entertainment as an actor in Chicago where I appeared at Steppenwolf and the Goodman Theatre. I was a member of the Second City National Touring Company and the Fine Line comedy duo, which appeared at the Comedy Store, The Improv and The Motown Revue with Smokey Robinson, an NBC series for which I was also a writer. I live in Topanga Canyon in the Santa Monica mountains outside of L.A. with my wife and two cats.

What is the name of your latest book and what inspired it?
LADIES OF THE CANYON was inspired by the classic Bette Davis film, WHATEVER HAPPENED TO BABY JANE? as well as SUNSET BLVD. with the novel, DAY OF THE LOCUST thrown in. I’m fascinated by the dark side of Hollywood and feel the themes it inspires are relevant today, given people’s quest for and obsession with fame.

Do you have any unusual writing habits?
Just maneuvering around my two cats who sometimes make it difficult for my fingers to reach my keyboard.

What authors, or books have influenced you?
The early work of Ian McEwan, Edgar Allan Poe, Joyce Carol Oates and George Saunders. When I want to laugh, I turn to David Sedaris.

What are you working on now?
Trying to get as many eyeballs as possible on my first novel. I’m also executive producing a preschool show.

What is your best method or website when it comes to promoting your books?
I’m new to the world of publishing so I’m still navigating my way through it. I’ve discovered Goodreads and find it’s a supportive tool for authors.

Do you have any advice for new authors?
Persistence. Writing, finding an agent, finding a publisher and promoting your book takes a lot of time and energy– you can never sit back and hope someone else will drive the engine.

What is the best advice you have ever heard?
Writing is rewriting.

What are you reading now?
Eleanor Oliphant is Completely Fine. It’s funny, sad, occasionally disturbing and totally unique. I love novels that have flawed characters.

What’s next for you as a writer?
I’m about to start another novel set in the funky subculture of yard sales, flea markets, antiques and collecting. Searching for treasure in L.A. is a passion of mine and the thing I miss the most since the pandemic.

What is your favorite book of all time?
Wow– that’s a tough question– hard to pick just one. But I’d have to say, WE NEED TO TALK ABOUT KEVIN. Lionel Shriver manages to miraculously bring humor and wit to tell an exceedingly dark story.