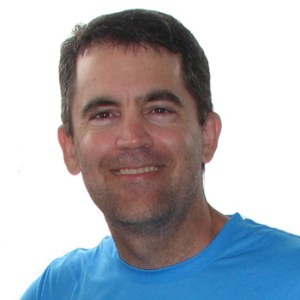 Tell us about yourself and how many books you have written.
Thank you for inviting me to your site. I currently have three books published and a fourth is releasing in April, 2016. They are all part of a series of novels I call the Sirens of the Zombie Apocalypse. In brief, it is about a teenage boy and his 104-year-old great-grandmother as they try to survive the Zombie Apocalypse.

What is the name of your latest book and what inspired it?
The book I’m currently writing is called Last Fight of the Valkyries. It is book four as I mentioned, but throughout my series I’ve been drawn to mythical creatures and legends, even though technically my books are about zombies. The elderly character sees things in her head, which she believes are either divine visions or the onset of dementia brought on by the stresses of survival. In the first three books she saw tranquil scenes, but in this book she sees strangers–young women–in extreme stress and combat situations. Valkyries are what comes to her mind to describe her visions.

Do you have any unusual writing habits?
I’m a new writer, so I haven’t learned what is unusual by the standards of the greater community. I guess it’s odd that I tend to fiddle around some days and not get any writing done, then another day I will sit down and crank out 5000 words in a sitting. I’m trying to discipline myself so I can write consistently every day.

What authors, or books have influenced you?
I joke that my teen years playing Dungeons and Dragons are what has paid off in terms of storytelling. The purpose of D&D is to walk your characters through a story. I would often be the dungeon master of those adventures, which meant I had to create the worlds for other players to walk through. They were, quite literally, books being experienced in real time by all of us. If I would have recorded all those sessions of adventures I’d probably have a stable of a hundred different fantasy novels!

What are you working on now?
I’m currently writing the fourth book in my zombie series. That came about because my first three books were well-received on Kindle and I knew there was a market for the fourth. I’ve already got 120 pre-orders for that volume, and I still have two months until release. Very happy! However, my goal as a writer is to cut new ground. I have an interest in Fantasy, as evidenced by my Dungeon’s and Dragons days. I would love to write a science fiction novel as I’m a long-time fan of the genre. I also have ideas for a young adult Dystopian novel, as I’ve been hanging around a lot of authors in that genre. I have no shortage of ideas.

What is your best method or website when it comes to promoting your books?
I keep a spreadsheet of promotional websites. The first time I ran my KDP free day I didn’t announce it anywhere and got about 200 free downloads. The second time I used a host of sites, including Pretty-hot.com, and got over 1300 downloads for my free book. I wish I could say there was one site that is absolutely must have, but I think the safe play is always to spread things around.

Do you have any advice for new authors?
Respect your readers. Never say something is “good enough” for them. When you hit publish on your book, ensure it is the best it can be. Top notch cover. Well-edited. An engaging story. People are going to spend hours at a time inside your creation, so you want to make sure you’ve done everything you possible can for them. If you ever want to make money writing, it will be because you did right by the readers.

What is the best advice you have ever heard?
Think of your writing as a long-term business. This goes hand in hand with the point above. Let’s assume you’re writing because you want to make money at it, not just for yourself or a few friends. But you don’t want to spend any money, at all, to publish your first book. Are you a professional editor? Are you a professional cover designer? If the answer is no, you can’t expect your story to break out and magically make money for you. Invest a little before you publish the book. My first book was edited and I added a new cover for a total of about $400. I hit publish and guess what? For the rest of my life I can collect income from that piece of intellectual property, and then for 70 years after I’m gone my family can collect income from it. That $400 investment doesn’t sound so bad in that context, does it? That isn’t to say all DIY is bound to fail, only that I’ve realized if my books are ever going to rise to greatness, they must be treated as great properties with well-tended lawns and attractive facades.

What are you reading now?
I’m currently reading an old book about World War II called Hell Has No Heroes, by Wayne Robinson. In addition to being interested in everything else, I’m also into military history.

What’s next for you as a writer?
I want to keep expanding my stable of books. With a little luck I can bring in enough coin each month to do this full time. I’m currently unemployed, so I have nothing but time to write, but I also have a family to support so the pressures have been there.

What is your favorite book of all time?
Earth Abides, by George R. Stewart.