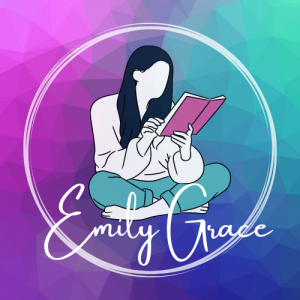 Tell us about yourself and how many books you have written.
I am an author of YA fiction. I’m currently working on a YA paranormal mystery series, but I also like to write YA fantasy. I have been writing stories for most of my life, but only recently decided to share them with the rest of the world. My debut novel ‘The Secret of the Carter House’ was released June 2021 and is the first book in ‘The Paranormal Detectives’ series. I have only published one book so far, but I’m currently working on the second and I have plans for many more!

What is the name of your latest book and what inspired it?
My latest book is called ‘The Secret of the Carter House’ and is the first book in ‘The Paranormal Detectives’ series. It was inspired by many of my interests, but the biggest inspiration was ‘When the Curtain Falls’ by Carrie Hope Fletcher. I loved the way the book was written, and how the story was told over two different timelines. It was like something just clicked in my brain, and all my ideas came together into one big idea that I was really excited about, so I began to write it straight away!

Do you have any unusual writing habits?
I wouldn’t say I have any unusual writing habits, but I do often write things out of order. Is that weird? I’ll start writing the beginning of a chapter, then I’ll jump to the end, then onto the next chapter, then back to the middle of the other chapter, and so on. It can get very confusing sometimes! But I think it must be when my mind races ahead and there’s a bit I really want to write, so I just skip ahead. I also find that I either write 50 words or 2000, there’s no in-between! If I feel inspired then I just have to keep on writing for as long as I’m able to, as I don’t know how long it will last.

What authors, or books have influenced you?
Definitely Carrie Hope Fletcher, as it was her book ‘When the Curtain Falls’ which inspired the idea for my debut novel. I was also very inspired by Enid Blyton, specifically her Famous Five series. It was all I used to read when I was younger! I also have to give a mention to Harry Potter, which has definitely had a massive influence on me and my writing.

What are you working on now?
I’m currently working on the second book in my YA paranormal mystery series, The Paranormal Detectives. I don’t want to give too much away about the plot, but let’s just say that Mat and Charlie are off to investigate another haunted location, possibly across the pond this time… Charlie is still just as intent on finding paranormal evidence, and Mat is still just as adamant that they won’t, because ghosts don’t exist! 🙂

What is your best method or website when it comes to promoting your books?
To be honest, I’m still trying to figure this out myself! I mainly use Instagram, as there is such a lovely and supportive community on there for me to share my books with. I haven’t tried many other methods or places, but Goodreads can be quite good too, although I’m very new to it. I have a blog on WordPress which I really like using when I want to go into more depth about something than I can in an Instagram caption.

Do you have any advice for new authors?
Don’t give up! Just keep on writing, and don’t worry about what other people think. Make sure you’re writing about something you believe in and that you really enjoy, rather than what you think other people would like to read about. If you do this, then your writing will be the best it can be and your enthusiasm will shine through on the page. You’ve got this. 🙂

What is the best advice you have ever heard?
Don’t worry about what other people think of you. This is something that I find really difficult, but it doesn’t help to think this way. If you enjoy what you’re doing, or what you’re writing about, then it shouldn’t matter what other people think. The main thing is that you enjoy it. Obviously, I want people to like my books, but I wouldn’t waste my time writing about something I don’t care about just to please people. Writing is something that I would like to turn into a job, but I also wouldn’t want to take the joy out of it, as this is the reason I enjoy doing it in the first place. 🙂

What are you reading now?
I’m currently reading the Percy Jackson series for the first time. I know I’m very late to this, but I’m better late than never! I’m really enjoying it so far, and I can understand why it’s loved so much,

What’s next for you as a writer?
For the moment I’m planning to continue with The Paranormal Detectives series, as I love writing it. Mat and Charlie are the best to write, I’ve grown completely attached to them and their friendship! I have lots of ideas for the series, so I plan to carry on writing these characters and their adventures for as long as possible. So long as I have the inspiration for more interesting stories, Mat and Charlie will continue to tell them! 🙂

What is your favorite book of all time?
It’s so difficult to choose just one! I think I would say Cloud Busting by Malorie Blackman, as I just love that book. I can’t pinpoint exactly what it is about it, but it’s just so beautifully written and it’s such a poignant story. Every now and then I like to sit down and read it in one sitting, whenever I have a free afternoon.

I have to mention the Harry Potter series as well, though. It’s still a massive part of my life and I don’t think I’d be who I am today without it. If you were curious, I’m a Hufflepuff! 🙂