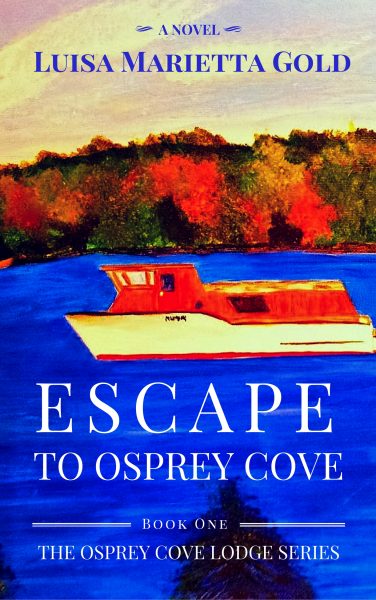 What Doug finds in the secret compartment of his new red Corvette will forever change both his and Catherine’s life. Doug and Catherine come from two different worlds. Catherine’s world is one of privilege and wealth. Doug grew up dirt poor and full of envy of others who had the things that he wanted but could not have. His goal was to one day have all the things he coveted. Their worlds collide when Catherine, VP of a large New York City marketing firm, hires Doug. As soon as Doug learns of Catherine’s wealth, he sees Catherine as his ticket to all the things he covets. After a whirlwind courtship, they are married.

Poor boy meets rich girl should have resulted in happily ever after — not exactly. Doug quickly learns he also covets independence. Events begin to unfold in each of their lives. For Doug, it is his mysterious discovery in the secret compartment of the Corvette. For Catherine, it is a business meeting with Alex Droxell at the Osprey Cove Lodge. When Catherine enters the beautiful and serene lodge, it’s as though she is entering another place and time. The lodge is an escape from the nightmare she is living back home.

Authors Note: The Osprey Cove Lodge series is uniquely written, spanning seven geographic locations from the scenic Canadian region of the Rideau lakes to the beautiful shores of the Caribbean. An interesting web of mystery develops as the characters’ lives intertwine. The Osprey Cove Lodge series setting was born from my love of the beauty of this region in Canada. The description of the lodge is so beautiful and inviting that you will want to pack your bags and head there. The series is written in a continuing fashion; please be sure to read the books in the order written.

Author Bio:
Luisa Marietta Gold was born and educated in Pennsylvania, where she spent a large part of her adult life and worked for a large corporation. After her only daughter was born, she relocated to North Carolina, where she worked as a Realtor and began running a recreational business with her husband. She currently resides on eleven acres near a lake reminiscent of the Rideau lake chain that provides the setting for The Osprey Cove Lodge Series. The series was born from her love of that region of Canada, the outdoors, and lake life. Many years were spent enjoying the Rideau, staying in lodges, and for a time, her privately-owned cottage. Among her many interests are painting, cooking, baking. And of course, writing and storytelling. But it’s the simple things of life that bring the most enjoyment — the beauty of the trees outside the window of her writing room as they change with the seasons and watching her kitties interact and play. Nearly all of these interests and life experiences are reflected in her books.