You are here: Home / Featured Books / Fire In The Hole by Ninie Hammon 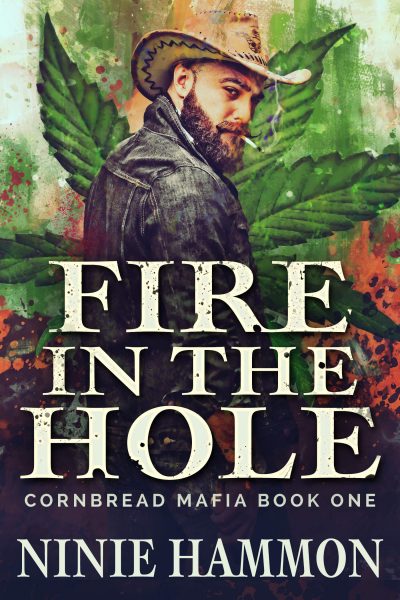 About Featured Book: Fire In The Hole by Ninie Hammon

Family loyalties and deadly feuds are brought to life in Ninie Hammon’s new intergenerational romp through the history of The Cornbread Mafia in rural Kentucky.

Nobody remembers anymore who started the generations-old feud between the two families of moonshiners and bootleggers. But in 1933 a carload of McCluskys ambushed a carload of Hannackers and six people died. The families would have turned the Kentucky hills scarlet with Hannacker and McClusky blood if four women hadn’t ended the war before it began.

Their “Crow’s Pledge” stopped the killing, but the hatred lived on.

When the county’s National Guard unit is called up thirty-five years later, the Hannackers and McCluskys take their feud to Vietnam with them. It’s possible that some of the soldiers who came home in black body bags weren’t killed by the Viet Cong.

After discovering marijuana during the war, both families are determined to grow it in the States, setting them at odds again. But there’s no Crow’s Pledge to stop the bloodshed this time.

Fire In The Hole is the first book in Ninie Hammon’s new Cornbread Mafia series, a fictionalized retelling of the real Cornbread Mafia that sprung up in picturesque Marion County, Kentucky, and grew into the largest illegal marijuana-growing operation in U.S. history.

This Thriller book is available in these Formats: eBook, Print