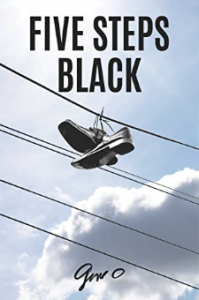 What would you do if you woke up one morning not recognizing who you were? How would you adjust? Would you ever be the same?

Charlie Johnson, an up-and-coming attorney at a prestigious law firm in Georgia, is on track to have the best year of his life. Tonight, everyone is gathered to witness him be named the youngest Junior Partner in his firm’s history. He’s on top of the world; nothing can stop him. As the celebration weaves its way into the early morning hours, Charlie’s late start on the first day of his new position sends him racing on a stormy, wet highway, where moments later he’s careening into circumstances he never saw coming.

With the damage caused by the accident and the chaos that ensues, Charlie’s mind is pushed into a world he can’t quite make sense of. In this new and completely altered reality, Charlie awakens feeling disoriented and baffled. Why are they calling me Charles? Who are these people and why are they speaking to me like that? As he looks into the mirror to examine any damage, he is startled by the face glaring back at him.

Forced to venture well outside the comfort zone that his life of privilege previously afforded him, Charles must learn to navigate a world he does not recognize. Is this really happening? Ill-equipped to traverse this new reality, Charles must rely on the people around him to fill in the back-story that seems to be missing from his memory. The world and its darker realities of social injustice, systemic racism, and a broken legal system start to reveal themselves in many painful and eye-opening episodes in both the cases he finds himself working, and in the realities of his new, yet very real, life.

Five Steps Black affords the reader a unique opportunity to walk in someone else’s shoes for a moment and experience a world that was previously invisible.

Gene-o grew up in and around San Francisco, the youngest of three children, and at an early age found a love for people, basketball, music and eventually writing. Though well established as the class clown and remembered for always having to have the last word, it was clear that Gene-o had a knack for making people laugh and smile.

That gift has only grown and is the foundation of this storyteller’s music and writing. With a passion to help people understand the true meaning of unconditional love, Gene-o’s writing style speaks honestly about the human condition with its idiosyncrasies, moments of deep connection and the tremendous resiliency of our fighting spirit.

With a gift for seeing the person that someone wants to be, Gene-o’s writing hopes to help people reach deep inside and witness themselves through the lives of these characters. The end goal? To empower the reader to find their path to their own happiness by finally seeing, feeling and embracing their own worth through the eyes of their counterparts.

Gene-o resides in the small-town community of Fallbrook in Southern California with a partner of 17 years and has two children.