You are here: Home / Action & Adventure / Fugitives by Jes Drew 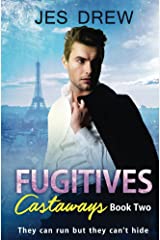 About Fugitives by Jes Drew

Emily Rogers hoped her most dangerous days were behind her when she escaped from the Island. But soon she realizes that trying to figure out her relationship with Christopher Williams and dodging nosy reporters are the least of her worries. The evil they uncovered on the Island is hunting them down.

Once again torn away from their parents and normal life, Emily and her cousins along with Christopher and Oto and a handful of allies must flee through Europe. To be caught would mean certain death, but how long can one keep ahead of the powers that be?

An adventure story that takes a mismatched group of individuals on the run through Europe, speeding in car chases, and infiltrating villainous headquarters as the stress either forges romances and strengthens family ties- or tears them apart.

Jes Drew is the author of the Ninja and Hunter trilogy, the Howling Twenty trilogy, the Kristian Clark saga, the Castaways trilogy, The Dystopian Takeover trilogy, The Clockwork Faerie Tale Novellas, The Summers of Yesteryear series, Legends of the Master Spy, The New ESE Files, Tales from Parallel Worlds, Genie and Serena, PIs, and Accidentally on the Run. Her true love is Captain Steve Rogers, and there is a possibility that she may or may not be a superhuman, but she hasn’t discovered her powers. Yet. Also, she might be a spy, but that’s classified. You can contact her at author.jes.drew@gmail.com.