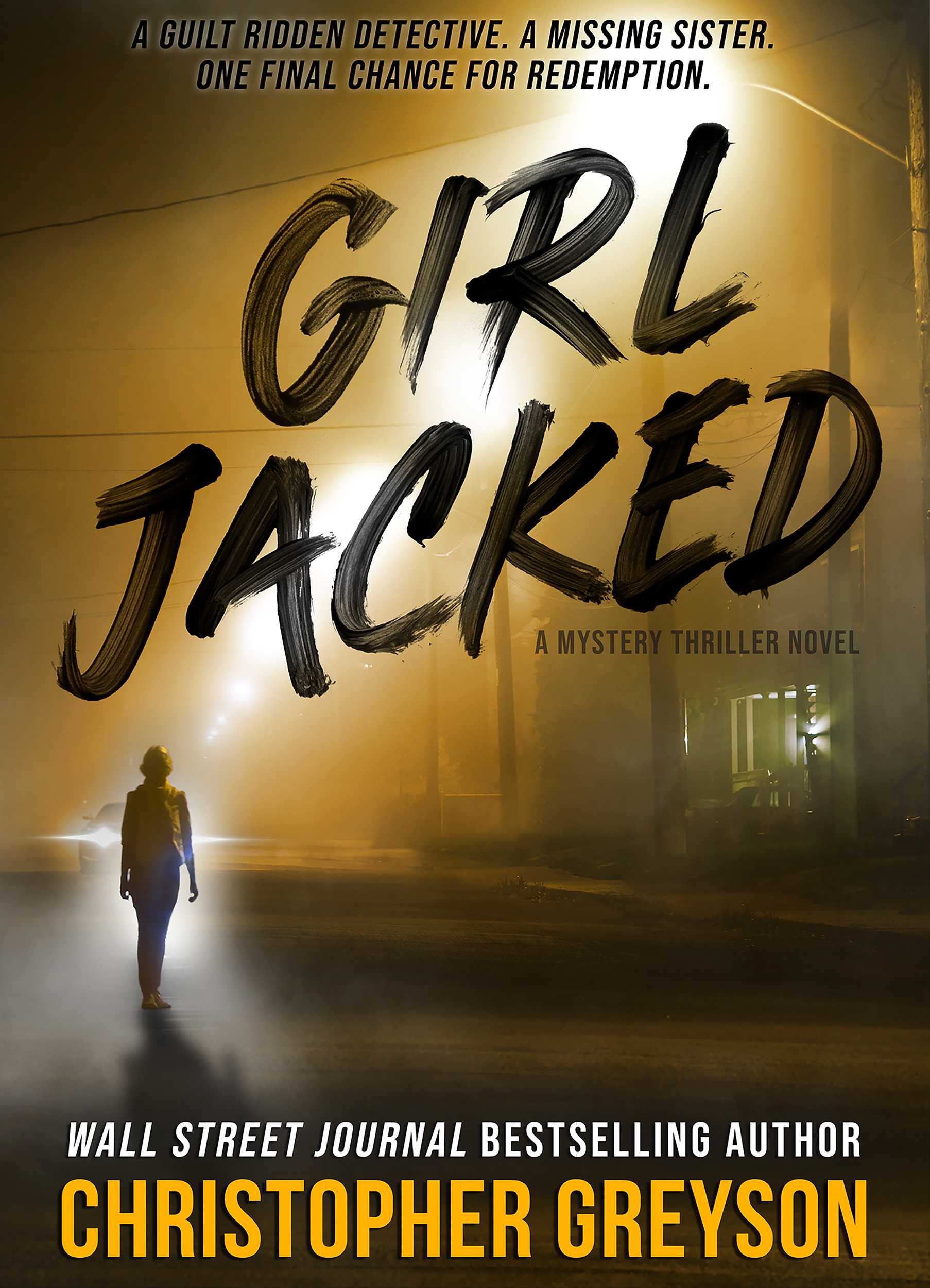 About Girl Jacked by Christopher Greyson

Girl Jacked will be free from August 20th to August 23rd!

They say a dangerous man is the one who had it all and lost it. But they’re wrong, it’s the one who lost everything but has a chance to get it back…

Jack Stratton’s a good guy on the ugly side of life. Eight years ago a bomb blew apart his world and he’s been picking up the pieces ever since. Guilt has driven a wedge between him and the family he loves. When Jack hears the news that his foster-sister Michelle is missing, it cuts straight to his core. The police think she just took off, but Jack knows Michelle would never leave her loved ones behind—like he did. Forced to confront the demons from his past, Jack must take action, find Michelle and bring her home… or die trying.

Entrenched in his family’s sleepy hometown, Jack uncovers a world of lies and deception along with an up-close view of his personal demons. When the hunt for his sister takes a nasty turn, Stratton must protect his vulnerable new partner and fight for his own survival.

A guilt-ridden detective. A missing sister. One final chance for redemption.

This Thriller book is available in these Formats: eBook, Print, Audiobook