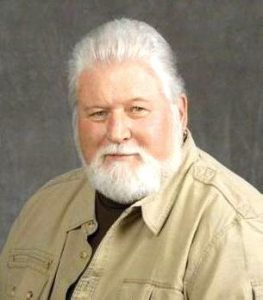 Tell us about yourself and how many books you have written.
This is my first book. I live on Florida’s space coast. I have had an interest in science fiction an stories/legends of lost treasure since my early teens. I have moved around a lot as a kid my father worked for NASA on the Apollo program. Lived in New Mexico for two years while he worked at White Sands Missile Range mid 60’s. Lot’s of UFO stuff going on out there then and I saw my share of unexplained stuff in the night sky. This only piqued my interest in the unexplained and the stories of lost Aztec gold fueled my interest in treasure hunting. Moved to Houston when Apollo program went into its next phase. Attempted college with little success. Joined the Air Force and moved some more. My last duty station was Homestead Air Force Base. While there I got my Scuba certification and began hearing about all the Spanish galleons that had wrecked and sank along Florida’s east coast. Discharged in 1970 and moved to Merritt Island, Fl. My dad had been transferred to the Cape and I went back to college with more success this time. The water on east coast was nowhere near as nice or clear as the keys so I took up cave diving. Water was clear and cold and the adventure part was great. Made some archaeological discoveries in some of the springs, caves and sink holes in Central and North Central Florida.I had an offer to dive with Kip Wagner and his Real Eight treasure hunting company one summer but I had just accepted a job working at the local community college. Opportunity missed! Worked for 35 years in higher ed and retired 10 years ago.

What is the name of your latest book and what inspired it?
Sunken Treasure – Lost Worlds. Action/Adventure/Sci-Fi.
My interest in the Spanish treasure fleets that have sunk off Florida’s east coast especially the 1715 fleet. I am an amateur archaeologist with a focus on Pre-Columbian cultures. My travels and expeditions to Mexico, Honduras and Guatemala led to my question how the monumental megalithic structures built by the Maya, Aztec, Inca had been constructed. The Maya did not have the wheel nor any beasts of burden yet they built El Mirador, Tikal, Chichen Itza and numerous other cities that still stand today. Now throw in my interest in the space program and science fiction and the “stew pot” is cooking. My main character and story teller is Colten X. Burnett, President and CEO of Risky Business Ltd.

Do you have any unusual writing habits?
Not really, I do often write late at night and I always have to have music playing. Only instrumental, orchestral, electronic music of all kinds. I work ideas, scenarios out in my head before putting them on paper. Sometimes days or weeks examining all permutations, outcomes and repercussions of the actions of my characters in any given situation. I pull from personal experience and people I know to create stories and characters. And I know some pretty crazy people!
Makes it easier and more fun when writing.

What authors, or books have influenced you?
That’s kind of a tough one. Most of your well known sci-fi writers, Verne,Wells, Asimov, Heinlein, Pournelle, Niven to name a few. Add Jim Butcher for fantasy/magic and Burroughs for his Martian, Venus and Pellucidar series and J. Frank Dobie for stories of lost treasure in the southwest. And of course Doyle for his lost world stuff. I read Von Daniken’s books, took them all with a grain of salt but from my personal experiences they presented a number of interesting questions. Things that I had thought about and questioned. And I do not believe we are alone in the Cosmos…

What are you working on now?
Book 2 in the Risky Business Chronicles. This is going to be a three part series. As I was getting into book one I realized the story I had in my head was far to involved and covered too many areas to be condensed into one book. This could be my naivete as a first time author talking but I still have a lot of ground to cover in this story.

What is your best method or website when it comes to promoting your books?
As a first time author I am covering new ground here and learning as i go. So I don’t really have a good answer for that. Check with me after book two.

Do you have any advice for new authors?
Wow, I guess the best advice would be don’t give up. Persevere! Don’t be afraid to ask questions or for guidance from other writers. Your going to make mistakes so be prepared and keep on writing. Develop a tough skin, what you hear is not always going to be glowing. Learn from it and move forward. Do your research no matter what your topic, research, research, research! Use Beta readers, not your friends! You want honest opinions of your writing. Learn from it, they may not always be right but it will be a learning experience for you. Remember they are just opinions, take them as such.

What is the best advice you have ever heard?
As a writer learn about editing! Copy, line, etc. there is more out there than you may think. Go through and edit it yourself, walkaway for a while and then edit it again you will be surprised what you missed. Use editing software there are some great packages available. Use more than one. it will make a difference and then use a “live” person for editor last. You will save money and time. One of my biggest mistakes was sending my manuscript to a person to edit after I had gone through it a couple of times. Not the thing to do!!

What are you reading now?
Actually haven’t been reading much since I have a trilogy to finish!

What’s next for you as a writer?
Finish book two of the Risky Business series and then book three. Need to get this story out of my head because I’ve had an inspiration for another stand alone Risky Business novel. Different than the first three.

What is your favorite book of all time?
I don’t think I can answer that…there have been so many that have left a lasting impression on me it would be tough to pull just one out. Last of the Mohicans and Northwest Passage have really stuck with me. Treasure Island is another. Old Man and the Sea and Star Wars! I remember reading Star Wars and on back cover it said soon to be a major motion picture. I thought well this is going to be a hokey sci-fi B rated movie or the best sci-fi movie ever made. We know how that turned out.