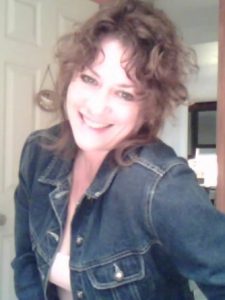 Tell us about yourself and how many books you have written.
I make my living as an artist and (trying) to make it as a writer. I have always been passionate about reading and writing from a very young age. I have been writing sci-fi and fantasy genre stories from the age of twelve and have continued for a few decades! I finally decided to publish my first novel in 2014, the Guardians of the Crystals saga which is a mixture of several genres (science fiction, fantasy with a touch of romance). I have written several short articles that are online on different subjects, but the Guardians of the Crystals is a work in progress. I just released in 2018, my third novel in the series, Amun-Ra which continues the saga from book two (Herculobus). I have started writing a novelette which is a preface to the three novels and deals with the three male characters that become involved with the main character during the series. More or less a backstory on E’jah, Enkarath and Amun-Ra. This should be published within a few weeks, then I am starting the fifth full-length novel that continues the story from Amun-Ra.

What is the name of your latest book and what inspired it?
Guardians of the Crystals: Amun-Ra (Book Three)

Being a lifetime student of ancient civilisations, with all the study and research I have done over the past thirty+ years, I wanted to give a vision of our world as seen through the eyes of the ancients that once inhabited our beautiful planet.

Do you have any unusual writing habits?
I always write with music playing in the background, genres like Globus.

What are you working on now?
Fourth novelette that is a preface to the GOTC saga, a backstory on the three male characters that are in the first three novels of the series.

What is the best advice you have ever heard?
Write every day.

What are you reading now?
War God: Return of the Plumed Serpent by Graham Hancock

What’s next for you as a writer?
Getting picked up by a major publishing house

What is your favorite book of all time?
Earthblood by Keith Laumer and Rosel George Brown ( I found a copy in 1999, 1991 edition at a second-hand online bookstore). I read this book in the late ’70’s. Loved it.