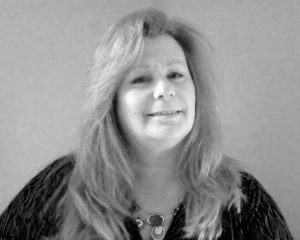 Tell us about yourself and how many books you have written.
I am a mother, grandmother, and a quintessential introvert whose main objective in life is to make it as stress-free as possible. I have written six books to date (five published).

What is the name of your latest book and what inspired it?
My latest book, Run Like A Girl, is book two in the Like A Girl series. The three-book series began as one book about three women. I was roughly 40,000 words in when I realized I had too much story for one book so I gave each of the women their own story and built around it. The first, Cry Like A Girl, came out last summer and is just a bit darker than what I normally write. Book three, Fight Like A Girl, will come out early 2018 and like book one, will have darker undertones.

Do you have any unusual writing habits?
Haha… My friends and family have called me quirky and eccentric so they would probably be able to name several, although I see nothing unusual about them! But… at the risk of having your readers think I’m crazy, I’d have to say – shoes. I cannot write while wearing shoes, and cannot stand to walk around barefoot.

What authors, or books have influenced you?
Maya Angelou – there is a richness in her voice few possess.
John Berendt – he has the ability to pull more layers from his characters than many modern day writers.
Wiley Cash, Jonathan Odell, Fannie Flagg, and Harper Lee simply because they are good and I love southern fiction.

What are you working on now?
I currently have my hand in several cookie jars. I do freelance editing work and have a project I’m currently finishing, I am in the early stages of outlining book three in the Like A Girl series, Fight Like A Girl, and I am also reworking two of my older titles that were written using a pen name. Once finished, I will re-release them as a second edition under my own name.

What is your best method or website when it comes to promoting your books?
For me it would have to be Twitter. With 19,000 followers it gives me the single largest reach. Facebook places a 5,000 limit on personal pages which has always baffled me. Aside from celebrities, no one ‘knows’ 5,000 people. So they allow you to connect with virtual strangers simply because you might know someone in common, but then tell you how many strangers you are able to connect with. In my opinion, Facebook is headed in the direction MySpace went years ago.

My website and blog each have 24,000+ followers so I make sure I post any news there, also.

Do you have any advice for new authors?
Commit to the journey. Writing is nothing more than putting pen to paper or fingers to keyboard. Writing something others want to read is another story (pun intended). Even harder – getting your work into the hands of others. So, if you want to write, commit to the long, hard, often thankless job because there are many more reasons to quit than there are to move forward.

What is the best advice you have ever heard?
Anything ever said by Stephen King. The man is a warped, twisted, sick freakin genius! Seriously, there is so much great advice out there, and I’m still hearing things I’ve never heard before. I suppose some of the best has been: write everyday, read – a lot, write for the love of writing because the chances of becoming rich off it are slim.

What are you reading now?
A Tree Grows in Brooklyn, by Betty Smith. I’ve fallen in love with her main character, Francie.

What’s next for you as a writer?
Aside from what I mentioned earlier, I have started a collection of short stories titled, Everyday People. I expect that to come out sometime in 2019-20.

What is your favorite book of all time?
Midnight in the Garden of Good and Evil, by John Berendt.