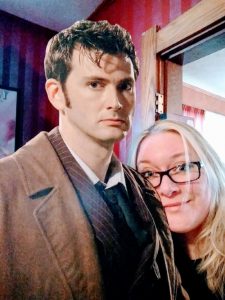 Tell us about yourself and how many books you have written.
Hi there! I’m Kira Hillins–a simple woman with simple pleasures. I enjoy long walks on the beach, reading a good book at night, cheeseburgers, onion rings, rum and coke, and Superman.

Other books I’ve written are published under the name Angela Steed. 1080 Kiss was my debut. The others are The Sea’s Embrace, Assassin’s Fall, and End Dream. End Dream is a novella set in the post-apocalyptic world. It recently came out on audio.

There are six other stories I’ve written, and several others I’ve started, but I haven’t done anything with them yet. Someday, I’d like to blow off the dust and polish them up. One is a Christmas romance that I work on every so often. You can find out more about that one on my website, as well as a few other stories you might be interested in.

What is the name of your latest book and what inspired it?
Take You Away is my latest. It’s about abuse and the struggle of overcoming the fear of putting yourself out there in the world again. I’ve met several women who have gone through hell, and each has dealt with their demons in their own way. Take You Away is dedicated to them.

Do you have any unusual writing habits?
I wouldn’t say I have unusual writing habits, but I have a tendency to re-write and re-write and re-write, especially if I get a personalized rejection letter from a publisher or agent. I really take their recommendations to heart, and try to see why they didn’t want the story I wrote. Then I re-write again. Take You Away was re-written many times before a publisher said yes. It is quite a process.
I think many writers do the same thing? I don’t know.

What authors, or books have influenced you?
Anne Rice’s The Mummy or Ramses the Damned. Wow! That book is fantastic. It’s one of my all-time favorites. If I could write like any author, it’d be Anne Rice. Magic just pours from that woman’s fingertips.

The series that stands out the most is The Darksword Trilogy by Margaret Weis and Tracy Hickman. I was a teen when I read them the first time and couldn’t put them down. I fell in love with Joram, the main character of the story. He was a sort of tortured man who was born without magic in a world that put you to death at birth if you didn’t have it. He was separated from his parents at birth and sent to live in a village with a person who taught him sleight of hand just so he could survive. I just love the premise of the story. And the writing is fantastic.

What are you working on now?
I’ve been working on the series I hold closest to my heart. It’s titled Betrayal. I started writing about Tristan about twenty years ago. He’s a vampire who doesn’t believe he’s a vampire. He’s convinced he’s all alone in the world. He’s waited centuries for a woman who holds a cure for his illness in her blood. All he has to do is drain her essence, and then he’s human again. It’s a love the one who will save him, or kill her to save his mortal soul thing.

Of course, he falls in love with her. He realizes he’s not the only one out there like him and is willing to spend eternity protecting the woman he loves. He’s the hero I like to call tall, dark, and tortured, and handsome too.

Betrayal isn’t for the avid romance reader. It’s definitely a love story and has a lot of different elements. Betrayal: The Awakening is the first book of the series. The Unforgiven is the second. They are both available on Kindle. The third installment is on its way, and should be out this year.

What is your best method or website when it comes to promoting your books?
I use Facebook and Twitter to shout out about my books, but I’m convinced that unless you post memes with cute puppies, cats, or baby yoda, that isn’t the best promotional tool to use. But I’m there, and I keep my posts going no matter what.

I’ve used several other promotional tools in the past as well. This release, I’m trying Fresh Fiction. They’re highly recommended by other authors. It’s a little spendy, but I’m hoping to find a few more readers.

Do you have any advice for new authors?
Read. Write. Read. Write. Re-write. Read some more. Write. Don’t stop. Don’t get frustrated and quit. If you love your craft, keep doing it no matter what. I’ve been writing for years, and I’m still chugging along the best I can. Sure, it’d be nice to become a best-seller some day, but that’s not why I started telling stories. I write because it’s something I love to do.

What is the best advice you have ever heard?
This is from Anne Rice, who is one of my biggest influences. “If you want to be a writer, write. Write and write and write. If you stop, start again. Save everything that you write. If you feel blocked, write through it until you feel your creative juices flowing again. Write. Writing is what makes a writer, nothing more and nothing less.”

I suffer from writer’s block more than I should. Sometimes I go months without writing, and that’s not good. It’s difficult to get back into the flow of writing, especially when time isn’t on your side. But Anne is so right when it comes to writing through it, even if the story comes out monotone. Just go back and polish the story when it’s finished.

What are you reading now?
Actually, I’m reading a story I’ve read several times before. Jude Devereaux’s Knight in Shining Armor. It’s one of my favorites.

What’s next for you as a writer?
I’m actually planning a trip to Norway…for research purposes. The third installment in the Betrayal series is set in a small fishing village there. It’d also be very interesting to see where my ancestors were from.

What is your favorite book of all time?
I can’t pick just one! I have many favorites. But if I really had to be stranded on an island with one book to read, it’d have to be Forging the Darksword from the Darksword Trilogy.