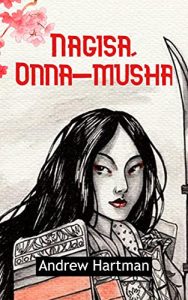 When the Boshin War began in 1868, Japan was already modernizing, following the same course of advancement as that of the industrialized Western nations. The status of the woman warrior (Onna-musha) had already diminished significantly during this time period. Samurai were no longer concerned with battles and war, they were bureaucrats. Women, specifically daughters of most upper-class households, were soon pawns to dreams of success and power. The roaring ideals of fearless devotion and selflessness were gradually replaced by quiet, passive, civil obedience. In this short story, Nagisa seeks to uphold tradition and her honor against those that wish her to be nothing in life.