You are here: Home / Featured Books / Out of the Shadows by Vickie Adams 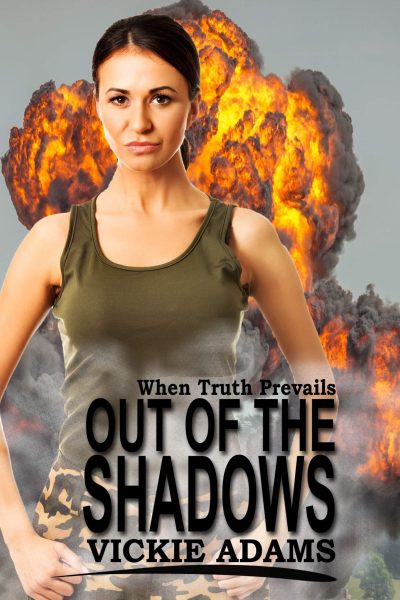 Out of the Shadows by Vickie Adams

An explosion. An injured bartender. A dead woman. Accusations of arson and murder.
Staff Sergeant Martha Richards, Air Force Military Training Instructor, fights to clear her lover, Tess Beck, and Jennifer Nichols, the bar’s owner. As she confronts and questions other suspects, Marty experiences accusations of her own. Her commander fires her from her Military Training Instructor duties for allowing Tess, a former trainee, to live with her. Being openly gay is not an option. She finds herself at a crossroads. Should she reenlist? Or separate from the Air Force, the only career she’s ever known? She loves her career, but she also loves Tess. During her quest, she experiences self-awareness and personal growth.

Get This LGBT Book.

Vickie’s love of writing began in middle school. Her short stories have been included in several anthologies. Out of the Shadows is her second with Wicked Publishing, following Heartland.

Born in Knoxville TN. She grew up in southeast Michigan. During the Vietnam war, she enlisted in the U.S. Air Force. Her most memorable assignment was 45 days on Wake Island during the fall of Saigon. Following twenty years in the United States Air Force officer, she retired in 1992. Following her military retirement, she served another twenty years as a Veterans Service Officer, retiring a second time in 2016.

Education includes a B.A. in journalism from Southwest Texas State University and an M.A. from Chapman College.

Vickie is married to Lisa Marie. They love to travel and have taken several cruises. She has a son, Alex. Together they have two fur babies, Oliver and Nietzsche.