You are here: Home / Mystery / Parabellum 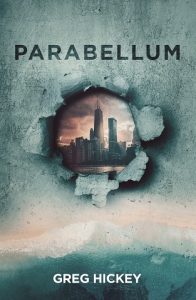 One devastating crime. Four troubled suspects. And a harrowing journey inside the mind of evil.

A mass shooting at a Chicago beach leaves several dead and dozens injured. In the year before the crime, four individuals emerge as possible suspects.

One of them is the shooter. Discover who and why.

If you like nuanced literary crime fiction that explores the depths of the human psyche, you’ll love Greg Hickey’s compelling and unforgettable novel.

Buy Parabellum today and begin a story you won’t be able to put down.