You are here: Home / Mystery / Richard Wants Me Dead 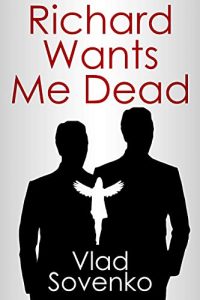 John, an aspiring twenty-five-year-old agent of the Bureau of Investigation, secretly suffers from dissociated personality disorder. He has started a successful carrier in the homicide department by solving the case of an elusive serial killer, but no one knew how he did it.John’s second personality, who calls himself Richard, sees the future. It was Richard who revealed the culprit’s name to the young agent. However, there is one thing: Richard wants John dead, and he is trying to get him killed in every possible way.When a young agent faces his second difficult case, looking at the bloodstained bodies of dead people at the crime scenes, he has to choose: to try to find the killer himself, or to turn to Richard again, risking his own life.

Vlad Sovenko is a modern Ukrainian writer. He has a specific writing style, with repetition of certain lines throughout the story and frequent dialogues. He also known under the pen name W. S. Owen