You are here: Home / New Books / Ride For Love 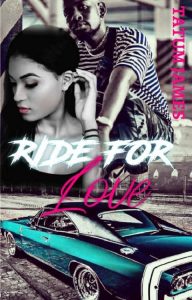 About Ride For Love

Zaria Washington had her whole life ahead of her. All she wanted to do was graduate and go to college so she could finally get the hell out of her mama’s house. One day in an instance of jealousy and rage, everything changed. Suddenly, Zaria was on her own left to make something out of nothing. Just when she thought she was down to nothing, an unfortunate discovery sends her life into an unexpected tailspin.

At twenty years old, Alvin “Ace” Ford had done well for himself. As Bernard “Bishop” Newman’s protégé, he was in the perfect position to take over the south side after Bishop retired in a few short years. Ace had been loyal to Bishop for the five years since he had taken him under his wing. Ace would give his life for him. Now in a desperate attempt to save his own life, Ace has to go on the run.