You are here: Home / Fantasy / Shem’s Quest by Bill Eckel 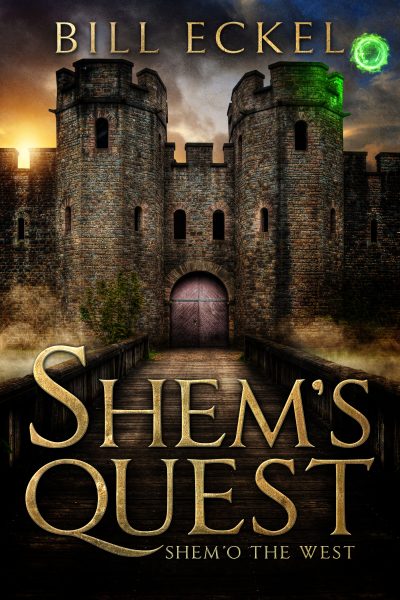 Shem’s Quest, a four-book epic fantasy series, starts off with Shem o’ the West. It follows the travails of Shem, Tierra’s chosen, who is haunted by his troubled past, including being bonded to the Sun Father, spiritual leader of the Western Lands. He is aided by the Nem Elt-til, first created of Tierra, a pixie-sized creature with a giant attitude and Selene, First Acolyte of the goddess Fiona.

In the first book, Shem must raise the heartstone, the Gedeelte, so that his goddess Tierra may rise and take her place as head of the Council of Goddesses. Mieze, the jealous goddess of the Western Lands opposes the rising and empties her lands to stop it.

Author Bio:
Singer, songwriter, performer, novelist. Bill Eckel has dipped his toes in all facets of entertainment, including both sides of the camera. In 2020 Bill placed in two quarters of the Writers of the Future short story contest. Bill has written four novels, including the next one in this series, and is working on two more. Shem’s Quest, audio version, will be available soon.