You are here: Home / Memoir / Songs About Richard III 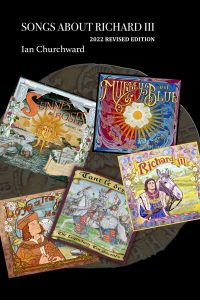 About Songs About Richard III

Ian Churchward’s main hobby is music and he has played guitar in several bands in South Devon. He started recording as the Legendary Ten Seconds when he was the lead guitar player of The Morrisons who were featured on John Peel’s radio one show back in 1987. Ian lives with his wife in Torquay and is a keen supporter of his local football club.