You are here: Home / Fantasy / The Elements of the Crown 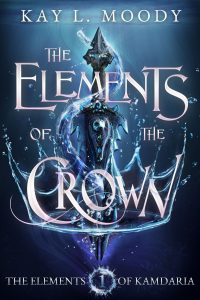 About The Elements of the Crown

Royalty, intrigue, and magic. This epic fantasy will have you on the edge of your seat with all its twists and turns.

In an empire divided into three rings, Talise is from the lowliest and most dangerous outer ring. To escape that life, she just has to do three things.

1) Attend an elite academy for manipulating the elements of water, air, earth, and fire.
2) Become the most powerful student in her year.
3) Prove her magic is the best in a competition in front of the emperor himself.

Everything goes according to plan until a handsome and rich young man shows up with just as much skill as her.

But when the competition falls apart, the emperor forces them to work together instead. Their growing attraction only distracts them from dark truths that the empire has hidden for too long.

Secrets lurk in every shadow of the palace, hiding a conflict that sits on the brink of war. But Talise has secrets of her own. Secrets that could destroy her.

A war is coming. Talise can only hope she’s powerful enough to meet it.

Kay L. Moody is proud to be a young adult fantasy author. Her books feature exciting plots with a few magical elements. They have lots of adventure, compelling characters, and sweet romantic sub-plots.

Kay lives in the western United States with her husband and four sons. She enjoys summertime, learning new things, and doing her nails.

Kay has been writing for years, and in 2018, finally decided it was time to publish. She loves books because they provide an escape from the world. She writes so that her books can provide both entertainment and edification. She believes that no matter how difficult life gets, a happy ending is never permanently out of reach.