You are here: Home / Featured Books / The Fifth by Mario Kiefer 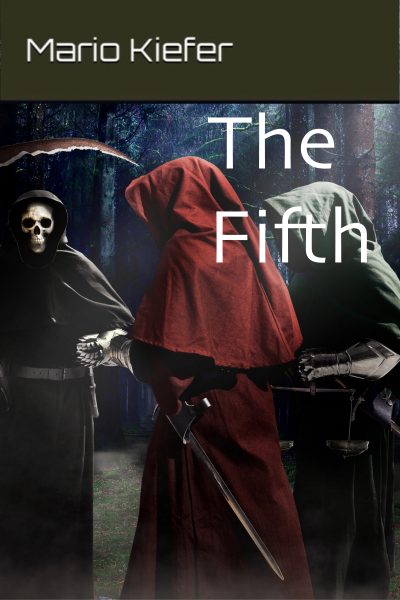 The Fifth by Mario Kiefer

This is not a new tale.
Everyone knows the story of the Four Horsemen of the Apocalypse.  First told by John of Patmos in the Book of Revelation, it has been told and retold a thousand times by a thousand people in a thousand different ways. What makes this story different?
Perhaps it is that the story is told from the viewpoint of the Horsemen themselves. Pestilence, War, Famine, and Death: what do they think of their role in the End of Days? Does it really matter? Or maybe, it is that John of Patmos left out a part of the original story — the part about the Fifth Horseman; the one that nobody knows about.
To bring about The End of Days, The Fifth must come into being.  Each Horseman has his or her part to play subject to the constraints they are given and the whims of their own personality. While traversing time and space, each does so.  Pestilence spreads not just a virus to infect the body but a far more sinister one that infects the spirit, while War beats the drums that will bring the tribes of man to each other’s throats. Famine delivers scarcity from abundance, and Death, well, Death does what he has always done – he ferries the souls to their determined destination.
All of this is done to give birth to The Fifth.
But who is The Fifth?

Author Bio:
Mario Kiefer has a keen interest in people and likes to write about the things that make people tick — those hidden motivations they often do not see themselves. Although born in Austin, Texas, he has lived in many parts of the country and is fascinated by the differing cultural viewpoints he has encountered always asking himself “why”?