You are here: Home / New Books / The Janus Anomaly: A Short Story 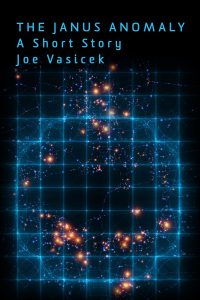 About The Janus Anomaly: A Short Story

On a routine patrol, an Earthfleet science mission finds an anomaly near an alien crash site at Kapteyn’s Star. At least, that’s how Lieutenant Dusilova remembers it. Why doesn’t anyone else have any memory of the incident? And why has the captain set a course for Aldebaran?

Joe Vasicek fell in love with science fiction and fantasy when he read The Neverending Story as a child. He is the author of more than twenty books, including Genesis Earth, Gunslinger to the Stars, The Sword Keeper, and the Sons of the Starfarers series. As a young man, he studied Arabic at Brigham Young University and traveled across the Middle East and the Caucasus Mountains. He lives in Utah with his wife, daughter, and two apple trees.