You are here: Home / Horror / The Killer Hunters: Book One Lexi By Damon Peel 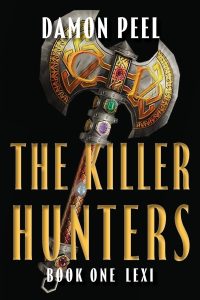 About The Killer Hunters: Book One Lexi By Damon Peel

Horror Movie slashers aren’t quite as fictional as you would be led to believe a fact known all to well by Crimson and Lance. The leaders of the Killer Hunters who have decided as the name suggest to hunt the slashers down now that is a big task for two people so recruitment might be in order and Little Lexi is eager for her chance. Evil and good, right and wrong aren’t quite so clear when you start messing around with a god of fear and his minions.

Damon Peel was born in Bedford, Indiana, but spent most of his childhood in Texas. As he neared adulthood he would move back to Indiana. Damon spent most of his time either watching horror movies or professional wrestling. Damon and his childhood friend would often pretend at night that they were in a horror movie. This game or activity would continue for Damon as he grew up. He would also attend college majoring in history due to his love of ancient mythologies.