You are here: Home / Adult / The Sunset Girl 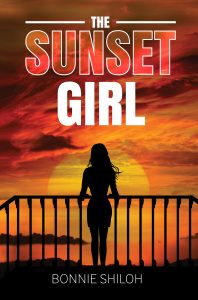 About The Sunset Girl

Whisper Jenkins was born orange. Her skin was orange but she had yellow hands and feet, sky blue eyes, grapefruit colored lips and palomino mane locks of hair. She was thrown away by her parents at an early age and spent her childhood in an orphanage. Taking all the ridicule she could possibly stand from the other girls, Whisper runs away and settles in at the Hill Top Hunting Lodge where she is treated a little better than the orphanage although still taunted by the customers she serves at the restaurant.
Whisper makes a serious mistake while at the lodge and has sex with the resident bad boy named John Luke. She knows it’s a mistake but can’t help herself. Shortly thereafter, a guy named Ross checks in to the lodge for an extended stay. He’s a good guy and immediately shows a serious interest in Whisper.
Whisper falls for Ross, soaking in his pleasant countenance and rugged individualism. John Luke doesn’t care for this situation one bit and tries to turn the tide. When things don’t go his way, he takes drastic measures.
Before long, bodies pile up and her friends go missing one after another. Whisper and Ross know John Luke is behind the carnage but can’t seem to track him down in the vast wilderness of the east Texas woods.
Then the unthinkable occurs, Whisper and her best friend Shanna are taken and kept in a cabin with other hostages. Ross is the only one left who has the determination and the abilities to save the captives. After an horrific confrontation, Whisper is saved but John Luke escapes into the forest.
Without hesitation Ross follows with the only outcome being one of them won’t come back alive. Whisper, a strong-willed woman, follows Ross into the woods and together they hunt John Luke until the final outcome.

Bonnie Shiloh is an old retired gal who spent many years climbing the corporate ladder. Now that she no longer works for the man, her efforts have been aimed at writing exciting stories filled with violence, graphic sex, humanism and above all else…love. She lives in Texas with her rescue dogs and plans her next travel adventures when not writing.