You are here: Home / Humor / Wizardrous 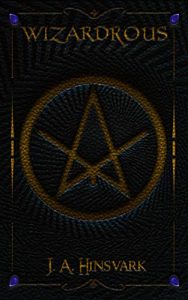 A series of absurd pitfalls plague the already clouded mind of the drunkest wizard in the land. As he struggles to uncover details of a dark secret, he continues to get sidetracked by every kind of shenanigans. If hilarious hijinks and lovably hateable characters are things you look for in a novel, then look no further!

My sense of humor is fairly twisted, so my writing isn’t for the faint of heart. My focus is to make fantasy more accessible to adults, particularly those who want a good laugh. I’ll be blunt: I like writing about terrible people. It’s not that I think people are bad, or that I necessarily agree with my characters about anything; the fact is, quite simply, that terrible people are hilarious. There’s nothing funnier than complete degenerates ruining each others’ lives (as long as they’re fictitious, that is to say). My goal is nothing more than to entertain you and make you laugh, so please don’t take anything I write too seriously.