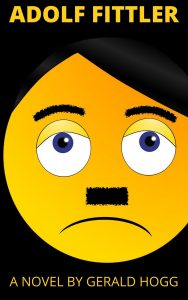 My dad, John Fittler was a racist as was his father before him. Dad always said, to anyone who would listen, that if he had been born in Alabama or Mississippi in the USA, he would have been in the Klu Klux Klan, burning crosses and lynching niggers. Unfortunately for him, he was born in Middlesbrough in the county of Yorkshire in England. I started my life as a racist; I had little choice, as growing up that was all that my father talked about, every conversation always seemed to revolve around or relate to coloured people. After the Second World War black and Asian people from Commonwealth countries were now starting to arrive in Britain, driving buses, working in the shops or working on building sites building new housing estates in the town, there were even two Pakistanis working on the docks, though thankfully not alongside my dad as they worked on the opposite shift to him. Some of the immigrants who arrived in the country with some money decided to go into business and had opened up shops or restaurants or other businesses. I had little to do with any immigrants, the ones that were in our school I avoided, as did most of the other white kids in the school and the black and Asian kids tended to stick together as there was safety in numbers. In June 1959 there was a turning point in my life, an event that would transform the way that I would view the world and live my life when Winston and Kaleisha Brown moved into a council house on Granville Street in the Cannon Street area of town, just two doors down from the Fittler house.

Originally from the UK, Gerald moved to Australia in 1974. Since then he has traveled the world working in hotels and restaurants, gold mines, cruise ships, Antarctic supply ships, custom patrol vessels, rig tenders, and oil tankers. Gerald has also lived in Jamaica, Bermuda, Singapore, the Falkland Islands, Papua New Guinea, the Philippines and the USA. He has now retired to Thailand where he lives on the island of Koh Samui. To keep active and to pursue his love of travel Gerald has written five books in his Retirees Travel Guide Series of books aimed at retirees and baby boomers. With the arrival of Covid-19 and travel restrictions, Gerald has had to put on hold his travel books series and has taken to writing fiction. Adolph Fittler is Gerald’s fourth book of fiction.