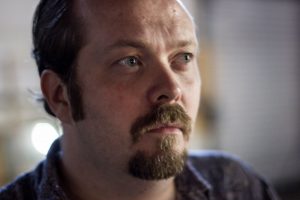 Tell us about yourself and how many books you have written.
I’m a science fiction author living in Leicester city, UK. I’ve written two books that are or will be published, one that I hope will get published and a first try that I keep in a drawer. Trust me, it’s better that way. Really.

What is the name of your latest book and what inspired it?
‘The Scalpel’: Book One of Feral Space. In terms of character my big inspiration was the case of the Gibbons twins. Seriously, Google it. Eerie as heck but oddly moving. The two girls couldn’t function apart but knew they were consuming each other’s identities as time progressed. They announced one of them would die and, hey presto, one of them did that very day, just collapsed in her sister’s arms. Feral Space doesn’t go that way, but I wanted to take the twins’ predicament to an extreme: two sisters sharing a single body and presenting themselves as one to the rest of the world. The idea of showing that in a novel set my keyboard alight.

As for the far future universe it takes place in, that’s a reboot of a war-game me and my pals created at university. I couldn’t let the ideas in it die quietly. A universe where vast powers war over how humanity should be, an aesthetic conflict rather than a resource war. I thought that idea had legs.

Do you have any unusual writing habits?
I look after a hotel at night, all alone, and I’m required to do an hourly patrol around the corridors and stairs (I’m sure you’re picturing The Shining right now!). If I’ve got an idea for a character I’ll wait to the wee early hours when the world is asleep and physically do a corridor patrol as the character, like a method actor would. How would the character perform the task? What would they think while doing it? Letting them inhabit my bones and sinews for five minutes tends to bring them to life later when I come to write them. Bizarre, admittedly, but I’d recommend it to any writer. That said, it’s probably not a good idea if you work in a busy office or air traffic control.

What authors, or books have influenced you?
Iain M Banks. I’d be a fraud if I missed him out. Anyone writing wisecracking, sexy kinda space opera is following in his superluminal wake. And he’s in Ursula LeGuin’s of course.

Can I pick David Bowie? That allowed? His lyrical imagery and general mood on albums like Diamond Dogs have inspired me immensely. He may be the greatest science fiction writer of the late 20th century.

What are you working on now?
‘The Dragonfly Girls’. That’s the working title at least. A military SF set in the Feral Space universe and thus quite psychedelic. The setting is a planetary war half inspired by the Spanish civil war (a conflict that attracted many passionate foreign volunteers) and half by the current, continuous war we call social media. Well, sort of, but also not really. Anyway, it’s got fairy-winged power armour. What’s not to love?

What is your best method or website when it comes to promoting your books?
I’m learning as I go along. I seem to be getting a good reaction on Twitter. I can broadcast whatever daft thought occurs to me at any moment, long before my better judgement can stop me. People seem to like that. Plus I can link to the occasional blog post.

Facebook and Goodreads are good too. But I’m beginning to suspect that, in the long term, the best way to promote books is to write books people simply have to talk about. It’s as simple and as soul-crushingly difficult as that.

Do you have any advice for new authors?
Don’t do it. Turn back.

(If you ignore the above advice, congratulations. You may just be bloody-minded enough to achieve your dreams)

What is the best advice you have ever heard?
I was in a class taught by the awesome Elizabeth Bear. She said “If you want a reader to care about a character have the character care about someone else”. Great advice when you’re starting a story. We’ve all cared for someone else’s welfare: a lover; a child; a parent; a stranger in trouble even. So we’ll root for a character who does likewise, even if they’re awful in every other way.

What are you reading now?
Age Of Assassins by RJ Barker. It’s a sort of whodunnit in a fantasy world that’s, well, rotting, I suppose. It has that hallmark of a good genre novel: a colour palette. It’s all yellows and browns, blacks and greys, like a Turner painting. If you’re giving a reader a new world to visualise then never be afraid to choose and emphasise certain shades. Great genre authors know this, if only subconsciously. Barker certainly does. It’s a quality novel. I recommend it.

What’s next for you as a writer?
Well there’s a lot more in the Feral Space universe, absolute lumps of it. I’ve also a louche and irresponsible fantasy novel I’m shopping around. On top of all that there’s film. I’ve co-written a couple of short films, one award winning, and there’s a script for a feature length. But, as a writer, that kind of thing is largely out of one’s hands. See how it goes…

What is your favorite book of all time?
Nineteen Eighty-Four. I took it out the school library when I was twelve and it capsized my little mind. I’m older now and can see the book’s occasional faults but I only love it the more. It changes every time I read it, or I do. Probably the latter. By the seventh read-through it’s almost a comedy. Almost.