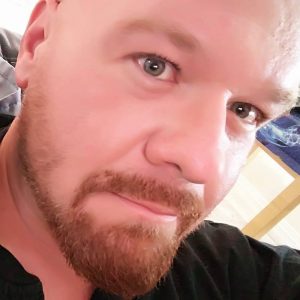 Tell us about yourself and how many books you have written.
I spent about half my life overseas, and the other half of my life stranded in Los Angeles while pursuing a career as a screenwriter. I picked screenwriting initially because it seemed easier, or less daunting, than writing novels. But once I’d had some success as a screenwriter, the format started to look stunted and boring to me. It took me a few years to write my first novel, but I got lucky one day when I returned from a trip to find my apartment empty; my fiancé had moved out and taken the dogs with her. It was in that deep state of loneliness, while I had nothing else to do, that I finally finished a first draft of my first novel. It went on to win several thousand dollars’ worth of editing services through a contest, which got me over the hump of rewriting and editing it till it was ready. Anyway, I finished and published it, then I met someone else, got married, became a stepdad, and wrote a book about that experience. I recently completed my second novel/third book, and am busily outlining the next two.

What is the name of your latest book and what inspired it?
“Hey Zeus!” is the title.
I was writing an article for screenwriters on how to construct a logline, and as part of my article I needed to come up with three throwaway pitches to use as examples. The first was titled “The Aristocrats in Lebanon,” and was about a family performing their version of the Aristocrats stage routine when members of ISIS suddenly showed up at the club. The second one was titled “A Womb with a View,” and was about a test tube baby falling in love with a geneticist. The third one was this one, a coming-of-age story about a kid from a polygamist compound who meets an alien and mistakes him for Jesus Christ. Thing is, the first two loglines were both humorous and awful, true throwaway loglines. But this third one was not only viable, the story concept kept me up at night. I eventually came up with some third awful logline to use while banking this one to turn into a novel.

Do you have any unusual writing habits?
I’m surrounded by musical instruments, all of which I can play but none of which I can play well. Whenever I trip over the shape of a sentence or something, I pick up an instrument and fiddle with it a while, usually just running scales or something. Then I go back to the part I got hung up on, and it usually seems to resolve itself. This might be more of a trick than a habit, but my wife thinks it’s a writing habit, so I’ll go with it.

What are you working on now?
I love this question because “procrastination” just is not an acceptable answer, however true it might be. What I’m working on now, when I’m actually working, is an outline for a sequel to my first novel, “Zen and the Art of Dying.”

What is your best method or website when it comes to promoting your books?
Bookbub has been hit and miss for me; one ad I ran garnered nada, another one got me a bunch of free downloads. I’ve also had some good results through best book monkey and book goodies. But honestly, some of the best promotions I got were from people posting my links in their social media through fiverr.

Do you have any advice for new authors?
The first and best piece of advice I could probably give would be to not take advice from me. The next best piece I could give is the same advice everyone gives: write every day. It’s a rhythm, a momentum, it’s like priming a pump. The creative well dries up when the writing stops.

What are you reading now?
I’m working my way through the Harry Dresden series while waiting for my copy of the last installment in the Sandman Slim series to arrive in the mail.

What’s next for you as a writer?
Mentoring, maybe. I’ve already written for film, television, print magazines, and a bunch of websites, and gathering the gumption to write novels was pretty much the pinnacle of writing for me, I can’t think of anything harder or more rewarding. So I’m going to do a couple more novels, however many it takes for me to really master the craft, then I think I’d like to mentor other writers.

What is your favorite book of all time?
The Hitchhiker’s Guide to the Galaxy.