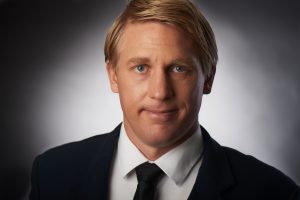 Tell us about yourself and how many books you have written.
I am a 33-year-old Swede living in Sydney Australia. I have written 3 books. one stand-alone crime story and two science fiction novels that are meant to form a trilogy.

As for the titles I originally intended the book to be called The Divine Insurrection, but the title was already taken so I had to use sedition instead.

Do you have any unusual writing habits?
I don’t actually know any other writers, so I would not be able to tell whether my habits are unusual or not. I usually write in bursts when I have time and can write 5000 words in a day to then stay away from writing for weeks. This is because I work a different amount of hours different weeks, and I usually write when I am not busy.

What authors, or books have influenced you?
I have read a few good books throughout the years. I like Tolkien for the world he created, but I find his writing style a bit too complex. I enjoy some of Dan Brown’s books, as well as George RR Martins. I think I have been influenced by George RR Martin in the sense that I write most of the chapters from a character’s point of view and also from introducing and killing off quite a few characters.

What are you working on now?
Currently, I am working on promoting the Divine Sedition. Eventually, I will write a plot summary for the ending part of The Divine Zetan Trilogy, and get started on that book, that I plan to call The Divine Finalisation

What is your best method or website when it comes to promoting your books?
I am quite abysmal at promoting and creating interests for my books, so I would love to learn.

Do you have any advice for new authors?
Don’t anticipate that you’ll make money from it. Write for your own enjoyment and if the money comes that is a bonus.

What is the best advice you have ever heard?
I am not very good at listening so I wouldn’t know. I usually learn the hard way of trial and error.

What are you reading now?
I am not reading any books at the moment but I have downloaded a few free books from Amazon, and I will pick one shortly.

What’s next for you as a writer?
Well eventually I will finish The Divine Zetan Trilogy and then we will see. It all depends on my success or lack thereof and how I can fit writing into my future work-life balance.

What is your favorite book of all time?
Well, I would say it is The Lord of the Rings trilogy. I think I read the entire trilogy over a weekend when I was a teenager. Funnily enough, I found Silmarillion by the same author almost unreadable.