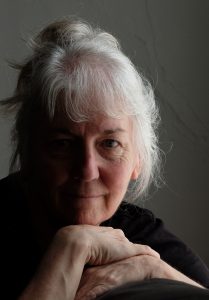 Tell us about yourself and how many books you have written.
I’m a late bloomer. Though I’ve had a number of poems and stories published over the years, my first stand-alone book was published after I turned 60. Born and raised in Missouri, I’ve lived in a number of U.S. states and traveled the country and abroad. After dropping out of college my first time around, I went back at the age of 58 and finished a degree in creative writing. I was the oldest full-time student to be able to study abroad for a semester at Harlaxton College in England.

What is the name of your latest book and what inspired it?
“Raven” was released in early 2021, but I wrote the manuscript twenty years earlier. Science fiction has been my first love in literature since I was very young. Ray Bradbury, Issac Asimov and Arthur C. Clarke were my early inspirations. Some of the appeal is escapism, but sci-fi has the ability to take cultural and political issues to their most glorious or most abhorrent ends, and I see the genre as one that can serve as either a warning bell or a guide to a better society.

Do you have any unusual writing habits?
I’m sometimes inspired in settings that don’t allow me to spend time on an idea, so I will make notes on anything at hand. That can be a napkin, a receipt, or another random piece of paper. I once dictated a poem to my mother in the car while I was driving.

What authors, or books have influenced you?
The classic science fiction writers were my first inspiration, but more current authors such as Mary Doria Russell, Cixin Liu, and now Andy Weir have taken up a place in my heart.

What are you working on now?
With the release of “Raven,” I’m now working on the first sequel in the series that will include four books. I also have a third poetry book in the works – this one a collaboration with another poet. Next year, I intend to finish the illustrations for my third children’s book, “A Hug for Buford” which won the NFSPS 2012 Children’s Poetry Competition.

What is your best method or website when it comes to promoting your books?
When “Hotel Toledo” released, I was making plans to do book signings, and then Covid-19 shut everything down. Since I’m only recently getting stand-alone books published, I’m still learning my way around social media. I’ve spent the last few years building a presence on Facebook and now Instagram, but I’m old school. And as a creative, marketing is not my strong suit. My son asked how we make one of my books go viral. I wish I knew, but for now, I keep my eye open for new outlets to share my work through book giveaways and gifting book reviewers. But I always ask for honest feedback and never pay for reviews.

Do you have any advice for new authors?
As good as we might think we are, find a good editor and grow a tough skin. I edit for other authors, but I still fail when trying to edit my own work. I’m too close to it emotionally, and I read over simple mistakes because I read what I mean and not always what’s on the page. I’ve taken enough criticism now to know that editor suggestions are meant to make my work better. I don’t take it personally (much).

What is the best advice you have ever heard?
Don’t start editing until you have finished a project. Once a would-be writer falls into that never-ending loop of editing every sentence and paragraph until it’s perfect, finishing a story can become an overwhelming task. Nothing is perfect the first time. New writers can find themselves spending too much time second-guessing everything.

What are you reading now?
I recently finished the second book in Cixin Liu’s “Three Body Problem” series. Very much looking forward to the third book. Beyond sci-fi, I love authors whose prose reads like poetry. I just started Anita Shreve’s “A Wedding in December.”

What’s next for you as a writer?
Aside from the sequels to “Raven,” a friend and I are working on a poetry collaboration that I think will be unique in the poetry world. We’ve started the work, but it’s a process and will be some time before it’s ready for publication.

What is your favorite book of all time?
It’s so hard to narrow down a favorite, but Mary Doria Russell’s “The Sparrow” is one that I’ve read more than once, and it still effects me deeply.