You are here: Home / Adult / Parallel Lives by A. L. Dawn French 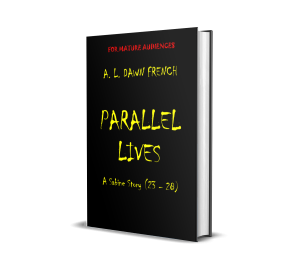 About Parallel Lives by A. L. Dawn French

Within the law and your own moral code do what is required to close the deal, this is the only rule that governs Sabine. Widowed, beautiful and rich beyond her imagination could ever have thought possible; Madame Sabine de Tavanoust is unstoppable.

Alexander Hamilton-Smythe, young gifted and white; he carries the heart of a true black man thanks to his creole heritage conferred upon him by his black Saint Lucian mother. Like his school friend Sabine, there is nothing and no one to stop him.

How can two such highly intelligent, rich, and powerful people get it so wrong?

They will soon be put to the test.

Based on the Caribbean Island of Saint Lucia, DAWNNBOOKS is the banner under which the author A. L. Dawn French produces her stories. It started with the wildly successful PEANUT TALES for children that have led to the spin-off SABINE STORIES for adults. Both series tell the story of the same character but from different points in time.