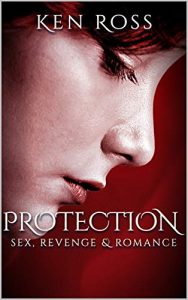 ***FREE*** This is the second book in the Ken Ross Romantic/Erotic Suspense Series. A gunshot, then three gals rush into a guy’s city flat, and his life will change forever. This romantic suspense story delivers shocks when they’re least expected. There’s sex, and more sex, painting a picture of unbridled lust and physical depravity, but there are many surprises as the story unfolds and leads the reader to a world of sadness and explanation. Whenever there’s predictability, the hammer will fall to show there’s no such thing as certainty in life. This gripping read, loosely related to Ken Ross’s novel WASTED PAIN, is sure to draw tears and have the reader praying for a happy ending. But does it come? Follow Jerry, Patsy & Erica’s adventures in BODIES, MAMA, BROKEN SISTERS & GOODBYE VIOLET.

Author Bio:
Ken Ross was born in 1953 at Westow in the East Riding of Yorkshire. As a child, he lived at Barmby Moor, Pocklington, and York, before his parents moved to Leeds in 1964. He attended Harehills County Secondary School until leaving in 1969. Married in 1971 he had an assortment of jobs while honing his writing skills. After his divorce in 1986, he brought up his 8 children alone and eventually succeeded in getting published. At first, he wrote articles for magazines but has gone on to write over fifty books, the first twenty-odd being solely for children. He is proud of his novels, ‘A Cross Of Crocuses’ and ‘Ann – irresistible spirit’. He currently lives in Osmondthorpe, Leeds.