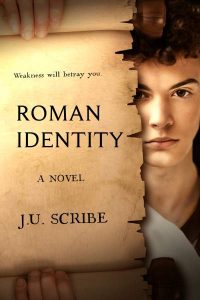 He knew he was different. But everyone expected him to be strong. They didn’t know he was still grieving from the Quake. That at nearly fifteen he still hasn’t fully “adjusted” to his father’s expectations. In a quest for perfection, he finds something far better: joy. But what cost is he willing to make to feel alive?

J.U. Scribe, also known as Joe, is a 1st generation Nigerian-American from Wisconsin, a place where one can experience all four seasons sometimes in one day! He is the author of historical fiction, which includes his debut novelette “Before the Legend” and the newly released sequel “Roman Identity.” He is also the author of a nonfiction how-to guide: “How to Self-Publish Without Going Broke.” Since 2013 he’s dedicated his time sharing what he’s learned on his blog “Writer’s Nook” to other indie writers about the self-publishing industry. He’s also ghostwritten a memoir and several nonfiction synopses.

When he’s not writing, he’s up late listening to music, volunteering his time helping people to make changes in their lives, collecting random facts from the Internet, or playing a Sims game. You can also find this elusive writer on Goodreads, Facebook, and Twitter.