You are here: Home / Horror / The Intruder by Ciprian Mitoceanu 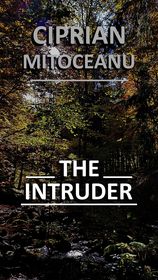 About The Intruder by Ciprian Mitoceanu

Every year, at the beginning of August, Petia and his family spend a dream week at the family’s cottage lost somewhere in the Russian taiga. As a child, Petia could hardly wait for the traditional stay of the family, but this year things have changed significantly. The teenager is in love and his girlfriend does not want to accept the family ritual, so there is a rift between Petia and his parents. But the crisis of adolescence is not the biggest problem. The parents have their secrets, much darker than one can guess, and Petia is about to discover them.
A story with a tumultuous ending.
And unexpectedly …

Ciprian Mitoceanu is a Romanian writer of SF, thriller, and horror fiction. His stories have appeared in numerous Romanian language anthologies and magazines. A prodigious author, he is often described as Romania’s answer to Stephen King