You are here: Home / Featured Books / THE MAYOR’S RACE by Travis Casey 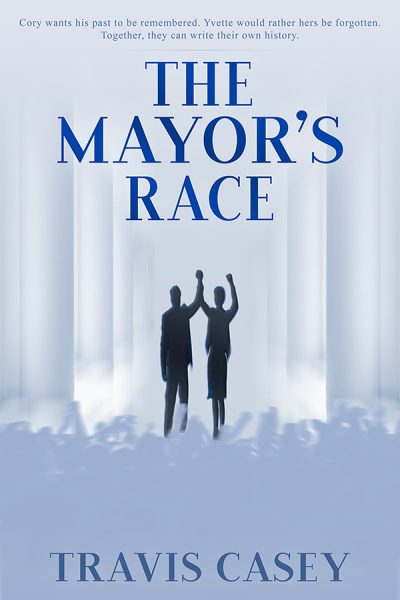 THE MAYOR’S RACE by Travis Casey

Cory Logan retired from boxing after winning millions of dollars, but he never won a world title. When he dies, all he’ll have is a headstone that no one will visit. To live in infamy, he wants a sports facility named after him. The only thing that stands in his way is the mayor of Hilton Head, who insists it be named after an African American.

Yvette Tyson is frustrated since she divorced her cheating husband. She struggles with her new life, embarrassed by her past and unable to gain the respect she once had. Does she really have to spend the rest of her life working the graveyard shift at the supermarket?

When Cory runs into Yvette, their past lives converge. It soon becomes clear that Yvette winning the mayor’s office would benefit both of them.

It’s a simple case of Black and White.

Get This Fiction Book.

It all started when my mom and dad … and then after that, we moved around a lot. By the time I was 18 I had lived in eight cities in five states throughout Midwest America. Then I joined the Navy and really began to travel. I went from Indiana to Hawaii, to Scotland, to Seattle, to England, to Minnesota, back to England, and back to Minnesota where I currently reside with my British wife. We have two Bichon/Shih Tzu crosses.

I love the challenge of coming up with new characters and plotlines. I don’t stick to one genre so I never know where my mind will take me and my readers next.