You are here: Home / Fiction / The Remorseless Queen 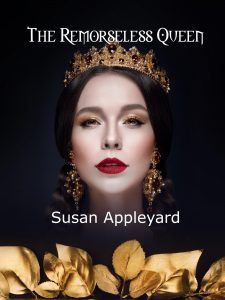 About The Remorseless Queen

Margaret of Anjou was Queen of England during the period known as the War of the Roses. As a fifteen year-old bride she had many difficulties to face. She brought no dowry to her adopted land, which was still at war with her native land. Not least of all, her husband was reluctant to come to her bed. With a weak and ineffective king on the throne, rival parties tilted for power. When the struggle escalated into war, Margaret realized she had no choice but to suppress the feminine side of her nature in order to protect her feeble-minded husband and helpless son. Leading her party, dictating policy, dealing with foreign princes, she became, in fact, king in all but name.

I was born in England, which is where I learned to love English history, and now live in Canada in the summer. In the winter my husband and I flee the cold for our second home in Mexico. Although writing is my first love, I also enjoy reading and oil painting. I was fortunate to have two books published traditionally. Since joining the Ebook crowd, I have published nine books, some of which have won various awards. One was a finalist in the MM Bennetts Award and the Wishing Shelf Award. Presently, I am working pm a book about Crown Prince Rudolf of Austria.