You are here: Home / Featured Books / The Songwriter – Following 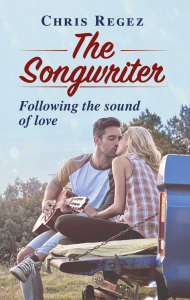 About The Songwriter – Following

Girlfriend gone. Job gone. Everything gone. Joe Baker had reached the lowest point of his life. He decided to put everything at stake by leaving San Diego, California and trying his luck as a professional songwriter in Nashville, Tennessee. However, becoming a successful songwriter was anything but easy. Thousands of people tried to make a living as musicians in Nashville. Yet very few were successful. Most of them worked as bartenders or waiters to make ends meet. Joe Baker arrived in the «Music City USA» on a warm autumn day with just a guitar and some of his self-written songs. He was about to begin his new life in Nashville. It was not just life as a musician that make his heart beat faster. Allison Monroe, an attractive female singer was the cause for his sleepless nights. And as if that weren’t enough, his ex- girlfriend Sandy was another reason for making his heart pound strongly. Every day brought new surprises: love, eroticism, deception, disappointment, new songs, intrigues, envy, jealousy, crime and hope. The question that arose: Would Joe Baker be able to make his dreams come true?

Chris Regez was already fascinated by country music during his teenager years.
At the age of 21, he traveled to Nashville, where he met musicians, songwriters and producers and recorded his first single «Remember The Time».
He returned to Nashville in 1990 to record more songs for his first CD titled «Headin‘ West» at the Fireside Recording Studio. Since then he has produced a total of eight CDs.
Regular visits to Nashville inspired him to write this fictional novel. The vibrant music city still fascinates him today. He draws his inspiration from Nashville’s rhythm, people and diversity.