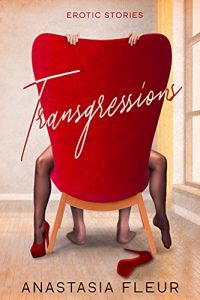 What to expect between the covers:

Anastasia Fleur is the not-very-secret pen name of Anna Pulley, the author of The Lesbian Sex Haiku Book (with Cats!), which Tegan and Sara said was “an adorable and hilarious way to start the day,” Cheryl Strayed called a “must-read,” and actress Jennifer Tilly said was “thoroughly charming.” She writes a weekly sex and dating advice column for The Chicago Tribune and been published in New York magazine, Mother Jones, The Washington Post, San Francisco magazine (the issue she contributed to won a National Magazine Award), Vice, Salon, BuzzFeed, and many others. She was also named a Top LGBTQ Writer on Medium. Her writing was excerpted/quoted in Esther Perel’s recent book, The State of Affairs. She’s been a repeat guest on Dan Savage’s podcast, Savage Love, on Daniel M. Lavery’s “Dear Prudence” podcast, and most recently on the popular 99% Invisible podcast.