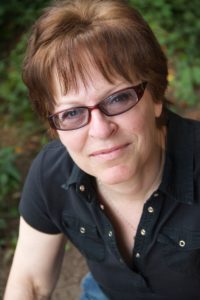 Tell us about yourself and how many books you have written.
I was a flight attendant for a major international airline and have been writing for over fifteen years. I decided to write action adventure, and what fun it’s been. I love doing research, (who loves that?). The Royal Danish Egg is book 1 in the Lost Treasures series. It’s a historical fiction series about famous, still lost treasures. There will be five books in the series.

What is the name of your latest book and what inspired it?
The Royal Danish Egg, book 1 in the Lost Treasures series, was inspired by my interest in the seven, still lost, Faberge eggs. What would happened if someone found it today? What would they do if they were hunted down and ordered to turn over the egg to an unknown organization? The fact that one of Faberge’s eggs was found around 2014, the Third Imperial Easter Egg, shows that anything can happen.

Do you have any unusual writing habits?
I put my phone on Do Not Disturb. I get too distracted by texts and calls when I’m writing. But, I don’t think that’s an unusual habit.

What are you working on now?
I’m editing book 2 in the Lost Treasures series and writing the first draft of book 3. Each book is about a different, still lost treasure.

What is your best method or website when it comes to promoting your books?
I’m looking for that now.

Do you have any advice for new authors?
Keep writing, keep editing. When you’re ready to submit somewhere, reread the manuscript again for typos and punctuation errors, even if you’ve read it over and over again. Make it as clean a manuscript as possible for submission.
.

What is the best advice you have ever heard?
Everyone gets rejected. Keep submitting. Don’t give up. Someone will love your story.

What are you reading now?
Not much, but I have two John Flanagan books, the first in his Brotherband series on my end table.

What’s next for you as a writer?
To continue working on the Lost Treasure series.

What is your favorite book of all time?
Outlander, by Diana Gabaldon. I’ve read it over and over.